The iPhone Shortcomings – the Whys, What to dos and What to Expects 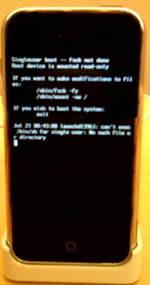 No one is saying that the iPhone isn’t sliced bread – it most certainly is. But it does have some shortcomings. Below we are going to break those down and postulate what will come of them.

So there you have it.  The seven most severe iPhone shortcomings and what’s likely to become of them.  Can you think of anything else?