Is Apple Forking the iPhone? 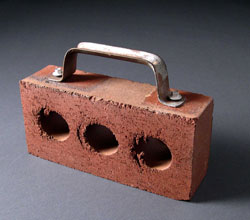 Apple today released an ominous statement that the iPhone updates “might” brick SIM unlocked phones.  This wasn’t wholey unexpected but now there are a few clearer roads down which unlocked iPhone users are going to have to navigate.  There are different hacks to the iPhone, but we’ll assume that Apple is addressing not just the SIM unlockers but the jailbreakers as well.

First of all, we have to consider the seriousness of this threat by Apple. The company conspicuously didn’t release the threat on their own PR webpage but through other media outlets – if that is any indication.  They also didn’t promise one way or the other if it would break the software.  Apple, of course, knows if the firmware update will brick the phone.   The various SIM unlocks are out there and you can bet Apple engineers are testing the firmware update against them right now.  If Apple wants to try to brick their customers’ iPhones, they surely can.  If they want to leave them alone, they can also do that. There is no doubt Apple is in control.  This is software, not hardware we are talking about – so it has to be Apple posturing.  The company will be able to claim that this is because there are various unlocked states of which they are unaware and they aren’t ready for the support cost involved with people in flux between locked and unlocked.

So it appears Apple has a real problem here that they most likely didn’t properly anticipate (if they did, they also expected their “experience” brand to take a hit – which would be surprising).

If they keep the SIM unlocks open, they are likely infuriating their business partner, AT&T (welcome, AT&T, to the Apple partner infuriation club).  They are also cutting into their own slice of the carrier action which is anywhere from 10-30% of the AT&T customer plan revenues depending on who you ask.  Is this loss worth getting the extra iPhone customers that don’t want to sign up for a two year AT&T plan?  There is an army of MBA’s at Apple trying to figure this equation out as we speak, guaranteed.

If they choose to go down the road of disabling the SIM unlock, they are going to leave the hacked iPhone community in a rough place.  Assuming they don’t want to brick their iPhones, they will either come clean and pay Apple/AT&T or (and this is the big deal) continue along happily with their 1.0.2 software – which, frankly, isn’t that bad an option.  This is especially true if you treasure control of the device that you’ve shelled out your hard-earned cash for.

That’s right, forget Apple and their iPhone-locking shenanigans.  The hacked 1.0.2 iPhone likely has all of the software that Apple plans on releasing and much more.  iChat.app?  Ha, try Apollo which let’s you ALSO have access to MSN and by extension YahooIM (they are working on Jabber/GoogleTalk).  Mobile iTunes?  We are talking HACKERS here.  They already pwn the record companies and have access to any music or videos they want.  Finally, I don’t think Apple will be releasing a verison of NES, Mame, free Ringtones or Navizon any time soon.

If I am a hacker, I see no reason to come clean.  As a matter of fact, I think this move by Apple will entrench the hackers even more.  Perhaps even to the point where you may see full iPhone updates coming directly from the hackers.  iPhone 1.0.3 HAXOR version, anyone?  This one lets you play full music and videos from your home webshare, play any Mame or SuperNES games you want, has a VNC client for controlling your home computers and has software GPS.  Suddenly an international keyboard and a new way to pay Apple or record labels for ringtones doesn’t seem so compelling.

So it seems that this was a carefully-planned attack to strike fear, not into the hacker community, who knows they will have options when the firmware is released, but into the people on the fence who can’t decide if they want to go pirate or not.

However, Apple is playing a dangerous game here which might result in a the forking of the iPhone OS.  At some point this could even be made legal by supplanting the kernel with an embedded Linux and all of the other apps with more functionality.  I don’t think Apple can take that risk.