Apple expected to announce sales of 5 million iPhones at Macworld 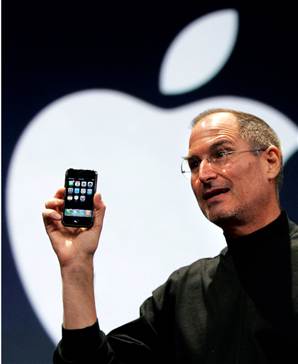 Insiders tell us that Apple expects to announce sales of roughly five million iPhones at Macworld 2008 in January.  Of these, around one million are expected to come from Europe.  Apple is seeing very strong Christmas sales despite AT&T’s announcement that a 3G iPhone will be hitting in 2008 (May-June is our best guess at this point) that could’ve hampered demand.

Apple sold 1 million iPhones in 74 days around the same time it dropped the price to $399 from $599.  Also, Apple opened in Europe’s three biggest markets in November – just in time for the holidays.

Some sources expect Apple to release a 16Gb iPhone upgrade at Macworld in mid January, however, no hard evidence to this effect has hit our ears.

Apple had originally expected to sell 10 million iPhones by the end of 2008 and reaching the halfway point this early is likely to bolster Apple’s stock price.  Apple’s iPhone is a leader in the smartphone charge in the US and has gained marketshare at an unprecedented pace.