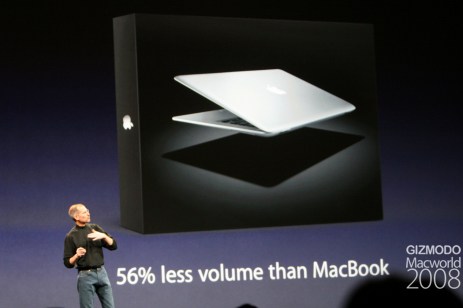 Therefore we can conclude that there are one of two outcomes:

1. The MacBook Air is real  – our details may be off slightly but the name is real.

2. Either Apple or someone with knowledge of the Macworld 2008 There is something in the air slogan 2 weeks ago sent the rumor sites false info and went to a few websites with public logs with a browser hacked to show "MacBookAir" as machine-type.

Either way, this is very interesting.

Why would they call it "Air"?

Maybe it is the WiMAX?  Or a sub-kilo weight?

Macpredictions thinks that it won’t have any cables.  Induction charging!  Ultra Wideband Bluetooth!  Wireless USB!  Cool if true.  Most likely…notsomuch.

Oh, and here is the one year old Apple patent application on inductive charging if you subscribe to that sort of thing.