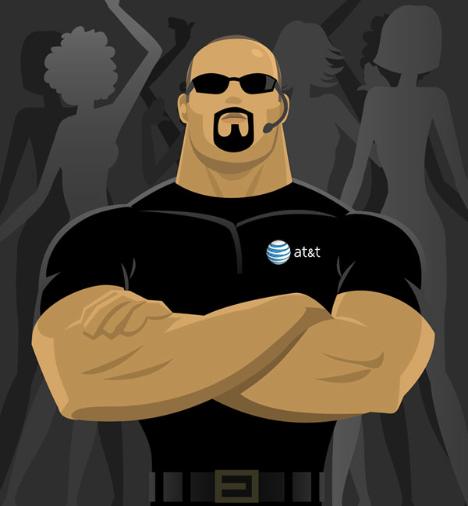 Apparantly, while we were all clamouring over the MacBook Air and iTunes Movie Rentals, AT&T was pushing through the FCC a proposed buyout of Aloha Communications.  Aloha had earlier bid and won the chunk of spectrum in the 700Mhz band that covers almost 2/3rd of US housholds.

The proposition won by a 4-1 vote.  One of the two democrats, Jonathan Adelstein, said he voted in favor of the Aloha sale because there was no public opposition to it but remained "troubled" that AT&T could hold a "disproportionate share of the spectrum" when the auction is finished. The other Democratic commissioner, Michael Copps, voted against the ruling.  He said the deal could have a large impact on a mobile voice and data market "that has seen round after round of consolidation in recent years."

Copps also raised concerns about the FCC’s review of the deal. The review "contains only an extremely abbreviated analysis of the competitive effects of this change in ownership," he said.

So we say to Mr. Adelstein: If you are really wondering about public opposition to telecommunications monopolies, maybe do a little more research.  For future reference, everyone in your district is against them.