Apple and Sony merger? Never in a million years! 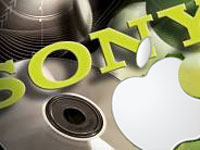 Bloomberg published a story this weekend on how an Apple-Sony merger makes a lot of sense.  It doesn’t.  Let’s see if we can’t break down each argument point by point:

…adding insult to injury, Apple Inc. continues to hold the spotlight. It really is one of the great business stories of the past 50 years. Sony, the inventor of the Walkman, ceded its leadership in portable music players to Apple’s iPod and continues to lose ground.

It can’t.  Sony is worth over $45 billion – about the same as Yahoo! which also isn’t possible for Apple to purchase (and might make more sense).  A merger?  Yeah, I can see Steve Jobs ceding some control of Apple to outside forces.

Plus, what would Apple get?  Vaios that run Windows Vista?  A semi successful TV hardware business?  Some screen manufacturing?  The only valuable thing to Apple would be the Playstation line and perhaps the media-entertainment divisions which would, of course, alienate the other media companies that compete on iTunes.

If Sony is smart, they admit they messed up trying to become a media company and spin off that division.  They focus on hardware and better software and stop being crippled by the MPAA/RIAA-like division of their company.  Of course Stringer is NOT the guy to do this.  When Sony gives up on him, this will be the natural tendency.

Such rumors have circulated before, knocking joysticks out of the hands of regulars of Tokyo’s Akihabara electronics district. It’s techie blasphemy to suggest such a thing. It’s almost unthinkable that a name that rose from the ashes of World War II to become a cornerstone of Japan Inc. would be sold to a Silicon Valley guy who doesn’t wear a tie.

The rumors that have circulated in the (distant) past were that Apple was dying and needed someone to rescue.  It was always Sony buying Apple.  Since Apple is worth over twice what Sony is, that obviously isn’t an option.  Also, Sony would fire Stinger in a heartbeat to be led by Steve Jobs – not that he would ever do it.

Apple’s owning Sony makes sense on many levels, though. Imagine the merger of two companies that boast many of the world’s top design experts. Imagine how our living rooms might look, how we might communicate, how we might work, and how we might view what’s possible in 10 years if Sony, which is strong on hardware, and Apple, which excels in software, got together.

The argument here is that Sony’s hardware is better than Apple’s.  I think there would be a lot of people who’d disagree with that.  Sony does have a much broader line of hardware – which Apple might want to expand into at some point – but not all at once.  I think one of Apple’s strengths is its simplicity.

Few words roll eyes like "synergies," and yet Apple and Sony would enjoy a bull market in them. Sony needs to restore the "cool factor" it once had and Apple now owns. Apple needs Sony’s content — movies, music — to sell to its iPod and Apple TV enthusiasts. Why negotiate deals with record labels and film studios when you can own them?

Because if you buy Sony, you lose all of the other content.  It is kinda like AMD buying ATI.  Intel isn’t playing much ball with ATI anymore and the AMD-ATI merger is looking like a disaster.  Imagine that times a million.

Apple probably wouldn’t mind controlling the Blu-Ray technology that analysts say offers lucrative revenue streams. Sony would give Apple the game franchise it lacks. Its camera line-up also could serve Apple well — an iCamera, anyone? Or an iPhone equipped with one of Sony’s high-definition camcorders? And don’t forget Sony’s impressive stable of patents.

Optical is dead to Apple.  And Apple isn’t in the camera business.  It made the first digital camera (Quicktake 100) and currently includes cameras in all of its portables but is unlikely to want to jump into a fiercely competitive marketplace where it doesn’t have much expertise.

Japan also is a market that Apple has yet to dominate. It’s not just Japan’s flagging economy. It’s also about the large number of domestic rivals with a high level of name recognition in a fiercely competitive market.

You won’t find a more mobile-phone-obsessed population anywhere than Japan. Adding some Sony designs to the iPhone alone could mean huge profits. And Apple might find Sony’s distribution channels helpful in boosting its Asian business.

Apple does plenty good in Japan.  Some would say better than Sony in its own hometown.  Picking up a falling star isn’t going to help Apple.

One could argue Sony is looking a bit Microsoft-esque. Microsoft was slow to realize the extent to which the Googles of the world made it seem more Old Economy than New Economy. It has taken Sony some time to understand Apple’s threat.

So why would Apple want to be associated with Sony again?

Of course, Jobs may have little interest in owning a company with so many fleas. Sony’s bureaucracy, scale and ingrained corporate culture could be a huge distraction for Apple, which has been successful offering a small number of products it makes very, very well. Also, Apple already is looking beyond today to tomorrow. Sony is more about today.

Some Sony product lines could be sold to help Apple pay for its acquisition. Yet how much debt would Apple be willing to take on to finance it? And given Sony’s baggage, an argument can be made that Nintendo Co. would be a better fit for Apple.

Apple doesn’t buy companies too often.  Usually when it does it is to acquire a specific software or technology for products it wants to build.  A Sony merger isn’t in its DNA.  Apple also doesn’t do debt anymore.

Sony has an illustrious history of innovation and coming back from the brink. Counting Sony out could be a dangerous bet for competitors and investors alike. That doesn’t mean Jobs shouldn’t be thinking bigger. As bold acquisitions go, Sony may be Apple’s one and only.

Their illustrious history is coming back from World War II and making the frst transistor radio in 1954 under founder Akio Morita.  Since he left in 1994, it has been a steady decline.  Things haven’t really been that good since 1989 when they picked up Columbia from Coca Cola.  Or since the betamax philosophy took root (kit).

(William Pesek is a Bloomberg News columnist. The opinions expressed are his own.)

For someone who follows Apple and to a lesser extent, Sony very carefully, this type of speculation seems a bit "out there".