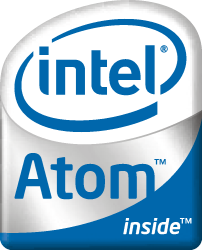 This follows Intel’s announcement of its new generation of small processors designed specifically for such devices, the Atom family (They’re creepy and they’re cooky). This is Intel’s new name for its Silverthorne and Diamondville processors. Intel’s Menlow ultramobile platform has been renamed the Centrino Atom.

Intel has created the Atom processor family for deployment in low-cost, Internet-ready mobile computing devices. They are also anticipated to appear in new ‘thin-client" computers, designed to exploit the growing trend among major developers Adobe and Microsoft to introduce new applications based on software as a service models.

Atom processors are based on an entirely new microarchitecture designed for small. low-powered devices. This processor family also keeps the Intel Core 2 Duo instruction set. The low power, 25mm, multi-thread supporting chips are manufactured using 45-nanometer processes and run at up to 1.8GHz.

"This is our smallest processor built with the world’s smallest transistors," said Intel Executive Vice President and Chief Sales and Marketing Officer Sean Maloney. "This small wonder is a fundamental new shift in design, small yet powerful enough to enable a big Internet experience on these new devices. We believe it will unleash new innovation across the industry."

It’s believed Apple will use the new Atom family of processors in devices it intends introducing in late 2008.