Steven Levy needs to get his eyes checked 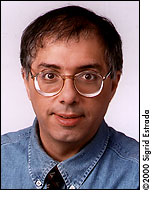 Steven Levy left his MacBook Air is a stack of magazines and newspapers on his living room table.  He thinks his wife threw it away.  As people considering plucking down $2000 of our hard earned money for a computer, the desire to wap him in the back of the head is overwhelming.

His excuse?  His wife often cleans up his clutter on his living room table.  OK.  That sounds familiar reasonable.  However, knowing this, would you put a $2000 computer in a stack of magazines that your wife routinely scoops up and throws away?  Would you even put an important list of to do items in a stack of newspapers your wife is going to throw away?

And Mrs. Levy?  That 3 pound magazine you threw away.  Didn’t it seem a bit heavy?  I mean usually the Newsweeks come in at a little less than 3 pounds these days, right?

Moral of the story.  Take better care of your $2000 device.  And if you do something boneheaded like lose it in the magazine trash, don’t put it out there for public consumption – unless you expect some ridicule.

The whole thing stinks to high heaven to us.  We think Uncle Murray swiped it when he was over for dinner last week.  Or maybe it is stuck in the couch.  With prescription glasses as strong as Mr. Levy’s, it might be time to send in a private eye.