What is the PWRficient processor from P.A. Semi? 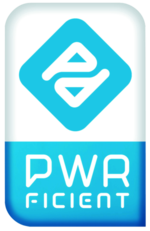 The announcement that Apple bought P.A. Semi today for $278 million brings up a lot of questions.  What is this company about and why would Apple buy them?  At first glance, it seems very strange.

P.A. has one major product and about 150 really smart engineers.  They have lots of venture capital including money from Texas Instruments.  They also have a genius of a CEO in Dan Dobberpuhl, who has a long history in designing revolutionary chips – including DEC Alpha and the ARM architecture while he was at DEC in the 1980s and 1990s.

The most interesting thing about this purchase is the nature of P.A.’s one major product.  The PowerPC chip called PWRFicient.  Yes, the same architecture that Apple dumped in 2005 in favor of Intel’s x86 architecture.

As the name implies, the chips are extremely efficient low-power versions of the PowerPC…nothing that would find its way into a desktop or power laptop.  However, Apple is certainly interested in the low-power game, which in fact was the original reason for leaving IBM: Steve Jobs said "this performance/watt graph shows us we must move to Intel".

So what is this chip going to be going into?  We’d say anything between a MacBook Pro and iPod Nano is a good candidate.

When?  Who knows how long this has been brewing behind closed doors?  Apple may have a product ready at WWDC (Tablet?) or it might be a year out.   We’d guess somewhere in between.

Here’s where it gets interesting.  The PWRficient chip builds on StrongARM’s legacy of power efficiency while adopting a PowerPC core – take a gander at Dan’s (may we call you Dan?) Presentation (PDF link).  StrongARM is the current processor technology deployed in Apple’s iPod Touch and iPhones.