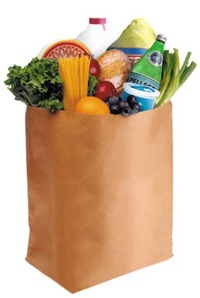 Apple has filed a patent describing ways to use an iPhone to pay for groceries, a restaurant meal and sundry other wireless ecommerce applications.

The patent discusses over the air downloads of podcasts and a number of specific location-based solutions, such as shopping, groceries or recipe discovery.

“For example, if the merchant is a restaurant, the merchant may provide a menu to the personal media device and the user may place an order on his or her media device by selecting items on the menu,” the patent states.

Additional ideas include purchasing cinema/movie theatre tickets, or information about objects or creatures on display at a museum, art gallery or zoo. The patent even describes ways to locate others – specifically children – should both the guardian and child be carrying “a media device”.

While the filing of such a patent doesn’t mean Apple is definitely about to introduce such services, we recall some whispers the company may be moving to transform iTunes (with its sophisticated micro-payment infrastructure, tied to a credit card) into some kind of virtual wallet.

We also recall that Procter & Gamble, The Clorox Co., Del Monte Corp. Kimberly-Clark, and General Mills Inc., plan a four month test later this year to see if shoppers would be prepared to begin using mobiles to hand over virtual discount coupons for their shopping.