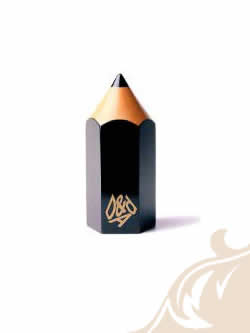 Apple has taken two of the world creative industry’s most-coveted awards, a pair of Black Pencils from the D&AD, one for the iMac, another for the iPhone.

The D&AD winners were announced at an awards ceremony held in London tonight, on 15 May. Apple’s a regular winner at these events, taking two of the slightly less-coveted Yellow Pencils in 2006 (for the iPod’s video and nano).

In 2005, Apple’s head of industrial design Jonathan Ive won his own award, a special one made in recognition of his world-class achievements in design, the D&AD President’s Award for Outstanding Contribution to the Industry. Apple’s iPod,iPod mini and Cinema Display took Yellow Pencil awards in the same year.

In 2004, Apple again won a Yellow Pencil, this time for the PowerBook. Before this, Apple had won at least one award every year since 1999.