Telefonica's Movistar to (really this time) carry iPhone in Spain 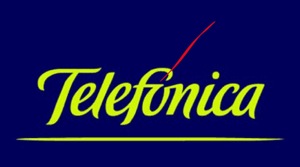 It’s crystal clear now that Apple is going to be in Spain this year.  On again,  off again news that Spain’s Telefonica Movistar unit will be offering the iPhone in Spain – went official today.

Telefonica this morning confirmed it will begin selling the iPhone in Spain this year. The company owns UK network, O2, which sells the device in Ireland and the UK.

At the end of March, Telefonica had 23 million users in Spain, where it is the leading mobile phone firm.

Also in Europe, it recently emerged Apple  will offer the iPhone in Sweden, Norway, Denmark, Finland, Lithuania, Latvia and Estonia through TeliaSonera AB. It is in talks with Royal KPN NV to distribute iPhone in the Netherlands.