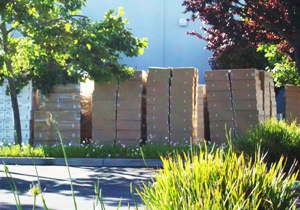 Telecom Italia has confirmed it will announce the launch date for the iPhone in Italy following the Apple keynote at WWDC, by Tuesday morning "at the latest," Reuters Italia reports.

This news clinches expectation Apple will announce its latest 3G iPhone next week, and suggests an international ring of networks will clarify the actual shipping dates for the device in their countries next week.

A Telecom Italia spokesperson reportedly said the network must wait until after the keynote to announce the news, saying "We must wait for them." The network previously promised the product will ship by the end of June. Pricing and most other details regarding the new model remain unknown, though it is thought iPhone buyers in Italy will only be locked to their choice of carrier (Vodafone or Telecom Italia, both of which have announced plans to ship iPhone in Italy) for nine months, under local law.

This news comes out as reports intensify claiming Quanta Computer has begun shipping unmarked boxes in small quantities using multiple vehicles, suggesting Apple and its manufacturing partner to be distributing new product to Apple retail stores, generating further speculation the company may already be supplying iPhones to retailers. Similar claims from Australia would suggest some possibility of a simultaneous global launch, though the logistics of simply keeping confidentiality over such a move makes that unlikely.