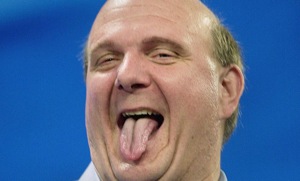 Well, with the egg still spilling down its face following its seeming failed attempt to acquire Yahoo, Ballmer’s boys have made yet another U-turn in their decision-making; they’ve decided to continue supporting MSN Music after all.

In April, Microsoft said MSN Music purchases could not be transferred to additional computers and devices as of August 31, 2008, as the company had elected to switch of the authorisation servers, to save cash, or something.

So, everyone complained, we all thought it shameful, and the move did nothing to boost consumer trust in Microsoft DRM. What else could Redmond do but change its mind? They have, telling customers: "After careful consideration, Microsoft has decided to continue to support the authorization of new computers and devices through at least the end of 2011." Jolly good then, but we’re sure most digital media customers could do without that kind of hassle.