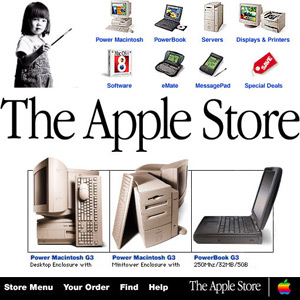 As explained in court documents filed in the Texas Eastern court this week, and available here, the case alleges HP and Apple infringed against the CWC-held United States Patent No. 5,615,342, entitled “Electronic Proposal Preparation System,” which was issued on March 25, 1997 and US Patent No. 5,367,627, "Computer-Assisted Parts Sales Method", itself issued November 22, 1994.

These basically explain a system in which customers sign into an electronic system and "build a list of products or parts from a form". The database can also be updated by the host company. These descriptions do sound a little like the online stores operated by both companies, but could conceivably be applied against those held by others, such as Amazon.

CWC hopes to prove both Apple and HP have been willful in their breaking of the patents, and is demanding damages and an injunction to force the two computer giants to stop using the technologies described.

Clear With Computers is attempting to force a jury trial in the case. The Texas Eastern Court has a reputation for favouring patent holders alleging infringement, which is why so many such cases are filed in this court.