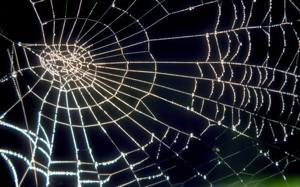 It’s an update and shipping forecast kind of a day, with Adobe introducing a new and improved CS3; Microsoft shipping its latest batch of (delayed) Mac software updates; news that Spore ships September 5 and Microsoft dragging its feet over being good under the DOJ anti-trust thing (gosh, is that still dragging on? Why not just split the company?)

Anything else? Not a whole heap really, other than some strange excitement that O2 in the UK may let iPhone buyers pre-agree their contract in early July (but not get the phone until later). And, yeah, more on iSuppli’s claim the iPhone costs $173 to make, a statistic the researchers there, erm, based on guessing, you know, kinda made up, sorta. Read on.

– Oh, and you know how Microsoft has licensed its Exchange communication protocols to Apple? Seems its still a little backward in its support documents, at least so say the Judge in the historic DOJ antitrust case…

– Spore ships September 5 – it does!! Enjoy the QuickTime trailer for Spore here. Or you can get yourself ready for gameplay by designing your very own alien beings using Spore Creature Creator.

So it seems UK iPhone users will be able to pop into an O2 shop come 1 July in order to sign a contract enabling them to more speedily pick up an iPhone when it ships on 11 July, a big deal, apparently.

iSuppli makes wild speculation and guess as to cost of iPhone manufacturer, while almost certainly an accurate guess, it is still a guess, and is widely reported….and the iPhone costs – $173 to manufacture (maybe), according to guessing….

Pop back round here later on, we may have some more for you then.