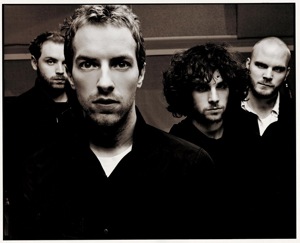 UK act Coldplay seems set to smash US iTunes album sales records this week. Hits Magazine suggests the band’s new album, Viva La Vida, sold over 275,000 copies in the US in the most recent week, overtaking the previous record held by Jack Johnson. The album also sold in excess of 700,000 copies in US retailers.

Apple has been engaged in a Coldplay-focused iTunes campaign, which has helped raise the profile of the Chris Martin-fronted act. That Coldplay occupy the number one album slot on both sides of the Atlantic also illustrates the growing ability of Apple as a power to help create success for bands.

Coldplay’s success isn’t unexpected. As reported earlier this month, the new Coldplay album also became the best-selling album pre-sale ever released in the history of iTunes.

this also means the band’s beaten out releases from Paul McCartney, U2 and Gnarls Barkley to take that prize. Largely produced by Brian Eno, the album’s scheduled to ship on 12 June in the UK and 17 June in North America. The album leaked online earlier this month, though the band made one album track Violet HIll available for download from its website for one week only in April.