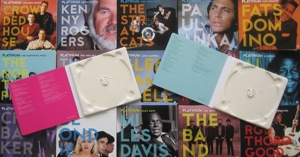 Apple’s pushing a high street retail strategy in order to ensure its greener iPhone is in widescale distrtibution.

We know the iPhone is sold at AT & T and Apple retail stores in the US and at O2, Apple and Carphone Warehouse stores in the UK. Similar deals are also revealing themselves across Europe now, with the latest information revealing a range of German retailers will be offering the device when it goes on sale there on 11 July.

The news was confirmed by Debitel chief exec, Oliver Steil, who told the German magazine of his deal with T-Mobile to sell the device through his shops.

In related news, Apple has also made a green decision for its new iPhone 3G, moving to package its new device in recycled, biodegradable packaging, manufactured in quantity by Dutch firm, PaperFoam, Dutch blog Bright reports.

If true, the report claims iPhone 3G will ship in potato starch paper containers, which Apple has ordered "millions" of, apparently. The product will be packaged in a fully recyclable. cardboard box with a starch tray (the inner part of the box), which is fully recyclable for a carbon footprint reduction of 90 per cent in comparison to plastic.