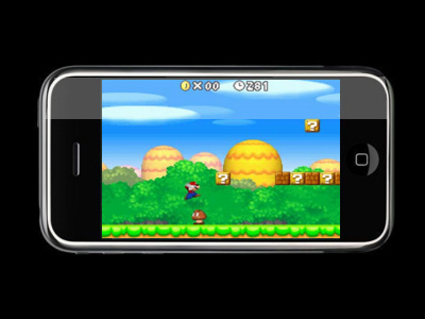 Young, who has work on The Lord of the Rings, Sims 2 and Majestic to his name, has launched his new firm, Ngcomo, which he says will develop games for the iPhone and mobile platforms.

"I’m leaving EA to found a new type of mobile games publisher that is specifically focused on games for the iPhone and beyond — that class of mobile phone, a more open mobile platform that has the type of capability you see in a device like the iPhone," he told Gamasutra.

He confessed to being drawn by the potential of the Apple mobile platforem, saying, "if it wasn’t for the advent of the iPhone and the advent of the App Store and the SDK, I would probably still be at Electronic Arts focusing on making Blueprint as successful as it could possibly be."

Young points out that the performance of the iPhone is pretty close to a PSP, but,  "unlike the PSP, it’s got a touchscreen, accelerometers, a camera, it’s location-aware, it’s got all of your media on it, it’s awake with you, it’s always on, and it’s always connected to the network."

"So if you think about the types of games and entertainment experiences that you can build on a platform like that, it’s got to get pretty exciting pretty quickly."

"I think it’s incumbent upon anyone who wants to be a successful creator and publisher of games on the iPhone to ask yourself what kind of experiences you can build that take full advantage of what the device has to offer," Young explains.

Similar sounds too from Bioware, where CEO’s Ray Muzyka and Greg Zeschuk told MTV Multiplayer: "We look at every platform that comes along. Obviously, something that’s as big a cultural and technical success as the iPhone is something you really got to take a close look at."