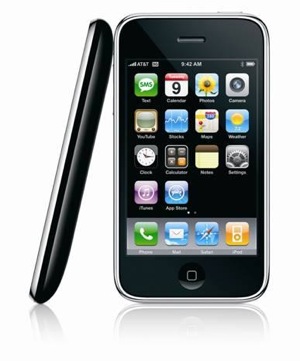 Up-and-coming gadget site, Electric Pig, claims the UK is the unlock capital of the iPhone world, saying Apple will limit supplies of the next-generation iPhone 3G as a result.

Citing insider sources, the report explains that fewer than 15 per cent of all the iPhones sold by O2 when it slashed prices on the 8GB model actually ended up in use on the carrier’s network. The rest of them were unlocked for use on other UK networks, or were sold abroad.

That move likely reflects habit and custom among mobile users in the UK, who are now well-versed in switching networks to get the best deal. iPhone critics here have frequently slammed Apple’s decision to offer the device through just one carrier.

Whatever the consumer politics inherent in the claimed unlock craze, Apple has apparently elected to limit supplies of the iPhone 3G in the UK, with the report claiming 16GB models will be particularly hard to find, and warning the white model may never ship in the UK.

We do hope this report is incorrect, as the 16GB model appears the only sensible choice of model, once we consider the applications we’ll likely download from the App Store.