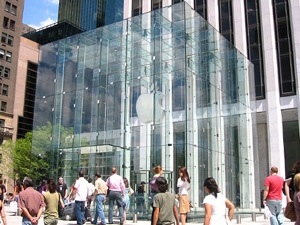 June’s figures reveal Mac OS X use to have climbed 0.11 points last month, ending with 7.94 per cent share – a new high for the platform. (And you can add the 0.16 per cent share currently enjoyed by the also OS X-driven iPhone to that, giving Apple a share of 8.1 per cent).

While Microsoft continues to be the dominant player, retaining the huge marketshare the pursuit of which led the company to fall foul of anti-trust bodies worldwide, that lead continues to atrophy.

Microsoft’ various breeds of Windows ended June with a 90.89 per cent share, down from 91.13 per cent the month before. It’s a pattern of loss that has been a constant for the last two years, and if users continue to abandon the platform – and given the lacklustre feeling for Vista, there’s no reason for them to fall back in love with the Microsoft OS – then there’s a chance Windows usage could drop before 90 per cent this year.

While Microsoft is declining, Apple’s clearly ascendant. It held a 6.18 per cent market share (by OS) in August 2007. That the company’s Macs continue to fly out the door at growth rates that exceed industry averages has now begun to attract enterprise users to the platform. Any dents Apple makes in the enterprise will significantly erode Microsoft’s stranglehold on operating systems, as the enterprise is where so much of the bedrock of Microsoft’s OS dominance is based.