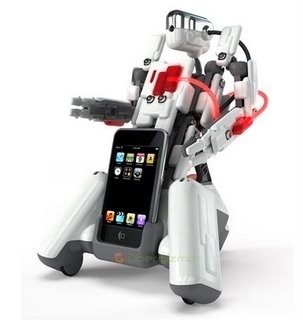 The network has revealed its business tariffs for the iPhone, but more interesting to most Apple-watchers is the company’s positive observations on the impact of the device on corporate users during beta testing of the product.

O2 UK’s head of business sales, Ben Dowd, told Silicon.com that O2 beta-tested the iPhone 3G with 15 corporate customers, including Citigroup, Logica and McDonald’s. Describing the feedback as "very positive," he explained the testers found it usable, liked it, and wanted to find out more about the device

Dowd added: "That sort of feedback in addition to the feedback that Apple got – from about 30 per cent of the Fortune top 500 customers – is all very positive. Absolutely this can be used in the business world."

Asked about device security, Dowd said that contrary to come analysts, business customers had not asked O2 about security during the test, and that even the US army has been testing the iPhone 3G. He also pointed out that O2 uses the Cisco IP VPN security supported by the iPhone in the networks own corporate systems.

Perhaps the only soft spot in the solution Apple is offering enterprise users is the need for users of corporate iPhones to have iTunes installed on their computers in order to sync data. Some firms may be unhappy at this, though O2 promises it will work with their IT crews to "make it happen".