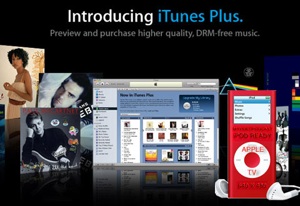 Apple’s iTunes service may face a double-pronged competitor in the UK market by the end of summer, as more major labels reportedly prepare to offer their music DRM-free here.

The UK’s second-largest online music service 7 Digital today announced that sales through its online store had climbed 300 per cent since the introduction of DRM-free downloads from Warner Music through its UK service.

Industry insiders expect Sony BMG and Universal to release their DRM-free MP3 catalogues "imminently" in the UK, according to disruptive media website, Distorted Loop, perhaps as soon as September 2008. That release will mean 7digital offering an all-DRM free range of music, and will likely see Amazon introduce its MP3 store in the UK, perhaps also in September

Appe’s DRM-free iTunes Plus service remains a contender within the online music space, yet offers no tracks from Universal, Sony BMG or Warner Music as yet. The three labels have refused to permit Apple a license to sell their catalogue free of rights restricting technologies. They have allowed iTunes competitors to do so in an attempt to undermine the Apple music service in order to foster a more competitive digital music ecosystem (and also, conceivably, to continue their long-term game plan of raising online music prices).

Whether this is to the detriment of customers, Apple or otherwise, unprotected music sales online are becoming more popular as consumers grow to understand the significance of DRM-free music. "This format makes the digital music proposition simple for consumers with one universal format for all devices. Music lovers are beginning to realise that owning an iPod doesn’t mean just buying tracks from iTunes and, in fact, MP3’s are far superior in terms of compatibility," Drury said.

Apple may not be so short of cards in this game – September is the traditional launch point for new model iPods, and has been a focal point for iTunes service upgrades.