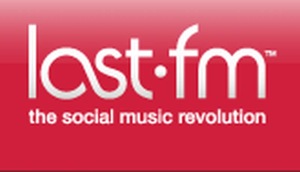 Last.fm has introduced a royalty scheme for unsigned acts, offering independent artists the chance to accrue royalties from Last.fm each time their track is listened to through the site.

Unsigned and independent artists can sign up for the program when they upload their music to Last.fm, and earn revenue when their tracks are played free-on-demand, or on Last.fm’s streaming radio, or both.

Martin Stiksel, Last.fm co-founder, told Distorted Loop: “This is a big day for independent artists. We’re leveling the playing field by offering them the same opportunities as established bands to make money from their music. "

The move is one of several digital initiatives from Last.fm as the company positions itself to clean-up in the music subscriptions market, presumably with an eye toward a mobile streaming play at some future point. Perhaps its highest profile recent move was the introduction of Radiohead’s ‘In Rainbows’ album for free streaming playback through the service. Another recent move saw Last.fm reach a deal with Universal Music under which the label’s entire music video catalogue will be made available for free-on-demand streaming to Last.fm users.

The Universal video content will be ad-supported, in the same manner as Last.fm’s pioneering free-on-demand service which launched in January. Artists, labels and copyright holders receive a share of revenue from the ads displayed next to their content.