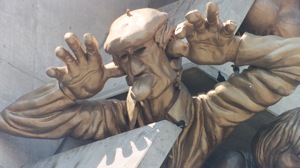 Rogers Wireless has bowed slightly to public pressure, introducing a $30 per month 6GB data plan to allay some of the criticism the carrier’s been facing over its iPhone tariffs.

The carrier will also open up six of its Candian retail stores at 8am on July 11 to sell the iPhone 3G. Customers attending launch day events at these Rogers Plus stores will be treated to a free early bird breakfast and have a chance to win Rogers Wireless prizes.

Effective July 11, and as a limited time promotional offer for customers who activate by August 31 on a three year contract, a data-only offering of 6GB of data for $30 per month is being made available that can be added to any in-market voice plan.

"As Canada’s leading wireless carrier, Rogers is excited to bring iPhone 3G to Canadians even sooner, allowing our customers to be amongst the first in the world to experience this amazing mobile innovation," says John Boynton, Senior Vice President and Chief Marketing Officer, Rogers Wireless. "To celebrate its launch on Canada’s fastest wireless network, we’re rolling out the red carpet with special events at six Rogers Plus stores and a limited time price promotional data offer from coast-to-coast."

The following Rogers Plus stores in these cities will open their doors at 8am (all times local) on Friday, July 11 for advance purchases of the Apple iPhone 3G: