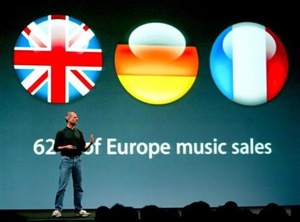 What this means to iPod users is that Apple will soon be able to add music to the bevy of iTunes stores it opened for European member states last week, stores which currently only offer applications for the iPhone.

For example, European consumers can’t shop across  music stores to secure the best available price – they are forced to only purchase music from online stores that have licenses to trade in the country they reside in, counter to the spirit of a single free market.

Now, online music collection societies will be forced to offer songs on pan-European licenses, meaning Apple should soon be able to expand its iTunes service into parts of the EU it doesn’t yet offer music in.

European Competition Commissioner Neelie Kroes said the deal could "benefit cultural diversity by encouraging collecting societies to offer composers and lyricists a better deal in terms of collecting the money to which they are entitled".