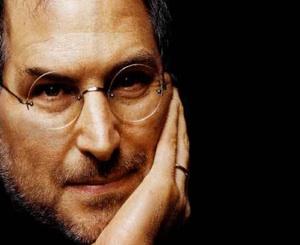 The New York Post has set out more concern this morning at the health of Apple CEO Steve Jobs.  Market manipulation?  You be the judge.  Apple’s stock is significantly down on the news.

Apple will reveal its quarterly results during a conference call this afternoon at 2pm (PDT), but, according to the report, people meeting him in recent weeks appear concerned at his "thin appearance". "Apple’s hedge fund investors are very worried," a Wall Street source who has spoken with some of the company’s stakeholders told the newspaper.

Concerns at the health of the Apple co-founder emerged last month after a thinner-looking Jobs took to the stage at WWDC to introduce the iPhone 3G. Responding to these concerns, Apple later said Jobs had been suffering from a "common bug", from which he was expected to make a full recovery, blaming his weight loss on the antibiotics he had to take.

Reports from the Disney side of Jobs’ life also fret at health worries, the report explained: "Another source close to Disney, who spoke with executives after the board meeting, said they were remarking on his weight loss," the report explains.

Behind all the concern lies Jobs’ bout with cancer in 2003, when he was apparently cured by the removal of a pancreatic tumour.

Concerns at the health of Apple’s visionary co-founder are exacerbated by the company’s seeming lack of a successor in wating. These worries are bound to mute Wall Street’s response to what should be a blow-out quarter for the company, which recently rose to become the third-biggest computer seller in the US, surpassing Acer for the first time. Apple is expected to deliver a profit of $1.08 per share on revenue of $7.36 billion, according to First Call.