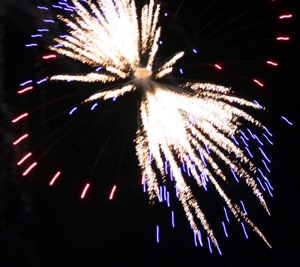 Analyst Charles Wolf notes Apple easily beat third quarter consensus estimates, reporting earnings per share of $1.19 on revenues of $7.46 billion, observing, "But the stock was crushed after the release by gross margin guidance that was materially lower than the historic numbers both for the fourth quarter and fiscal 2009. Our take is that Apple wants to continue the Mac’s momentum and will use pricing to do so."

Apple’s proposed fourth quarter margins sent some investors into a tizzy. Apple’s gross margin was 34.8% in the third quarter.  But Apple expects it to fall to 31.5% in the fourth quarter and to average around 30% in fiscal 2009. "This guidance sent a shockwave through the investor community," Wolf notes.

"Our take is that Apple appears willing to accept a lower gross margin in exchange for continued Mac market share gains and faster revenue growth," he advised. "The guidance for 2009 suggests that Apple may reduce the prices of its high volume iMac and MacBook lines to continue their surge."

the expectation of a lower gross margin than we previously anticipated. We continue with our strong buy rating. We are maintaining our $240 price target for now," the analyst said.