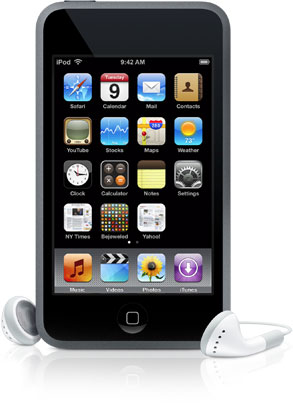 "We continue to see Apple as the best play on digital media in the home and a large beneficiary of the shift to mobile computing," Wu wrote.

Wu also thinks the recession’s bite will be felt first among value-conscious consumers, rather than the slightly higher income customers who form Apple’s base. "In two of its three big franchises, Mac and iPhone, penetration is very low and starting in the higher-income demographics. The disturbance in the macroeconomic environment is within lower-income demographics and financial institutions with exposure and impact to overall liquidity.

"This could certainly spread, but we believe Apple’s business will remain strong in the near- to medium-term. Enough high-end consumers are still buying technology, though commodities inflation could pressure future margins," he observed.

On Apple’s conservative guidance for future quarters, the analyst said he agreed the economic situation could make for some component price instability.

"Apple is offering students a free iPod Touch with purchase of a Mac in a back-to-school promotion. The cost of the rebate is applied contra-revenue against the Mac and iPod sale on a pro-rata revenue basis. For the overall company, the cost of sales on the promotional iPods is a drag on the gross margin. Assuming 20 per cent of Macs sold in the September quarter are under this promotion, we estimate a 90-100 basis point drag on the overall gross margin."

The Bulls Will Point To:

– Sales in Japan (5%) were down 14% Q/Q but up 42% Y/Y against an easy comparison. Nonetheless, this business continued to show progress in FY08 vs. sluggish results in FY07.

– iPods came in 11 million units, above our forecast of 10.5 million and at the upper-end of expectations of 10-11 million.

– Apple shipped 1.7 million iPhones, above our estimate of 1.5 million and within the higher 1.7-2 million expectations.

– Inventories remained low at $545. Most of the sequential increase is related to the iPhone ramp while Macs are still at 3-4 weeks of inventory.

– Strong iPhone ramp could provide significant operating leverage in model as iPhone deferred revenues are recognized in out quarters.

The Bears Will Point To:

– Its September quarter guidance is somewhat conservative going back to AAPL’s typical pattern. The company has now given conservative guidance seven out of eight quarters.

– Its gross margin guidance of 31.5% and longer-term of 30% is materially – While Mac units were strong at 2.5 million units, its unit growth of 42% Y/Y shows a deceleration from 51% last quarter. Moreover, it was at the lower-end of 2.5-2.6 million expectations.

– There was continued uncertainty about Steve Jobs’ health as the company maintained its policy of his health being a private matter.

– Apple may be susceptible to a slow-down in consumer spending.

– Apple accounting treatment of iPhone and Apple TV revenue where hardware revenue is amortized over 2 years or 8 quarters remains somewhat confusing and is unprecedented.