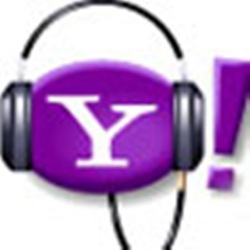 Maybe its the continued engagement between Yahoo and Microsott, or perhaps the looming presence of billionaire investor Carl Icahn on the Yahoo board, but the online company appears to have take a leaf from the MSN Music playbook, and is dumping its legal online music customers from a great height….

Yahoo has announced plans to close the Yahoo! Music Store, and has told its legitimate, paying music loving customers it will switch-off the authorisation servers, meaning those attempting to transfer their music collections to other computers will be sunk. "They may as well have invested in 8-Track," a website notes.

Microsoft this year tried to do the same thing, telling customers of MSN Music it would no longer supply authorization keys for songs purchased from the defunct service.

What this means is that when your authorised set of computers stop working, so will the music you paid for. This underlines the inherent danger of DRM in general, Distorted Loop observes.

Here’s what Yahoo had to say: "The Yahoo! Music Store, along with the ability to purchase and download single songs and albums, will no longer be available as of September 30, 2008.

Songs and albums that were purchased through the Yahoo! Music Unlimited Store are protected by a digital rights management system that requires a valid license key before they can be played on your computer.

After September 30, 2008, you will not be able to transfer songs to unauthorized computers or re-license these songs after changing operating systems."

We recall that after Microsoft made the same decision – a decision which clearly punishes legal music consumers for being honest – there was huge outcry, which eventually convinced the world’s richest company to leave a light on on its MSN Music authorisation server, at least for a while: "After careful consideration, Microsoft has decided to continue to support the authorization of new computers and devices through at least the end of 2011," the company said in June.