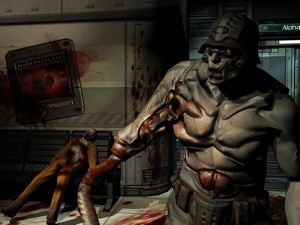 Cormack is considered one of the creators of the first-person shooter genre. He told Forbes: "We wanted to do something for the iPhone, but we just didn’t have the scheduling or the resources available…I really regret not having something at launch."

The games guru added that id Software does have a title it wants to develop solely for the iPhone. "I’m not announcing anything specifically, but it would be a graphical tour de force," he said.

It appears the game would be drawn from the companys existing range of game franchises, Doom, Quake, Wolfenstein, but the company ain’t saying. And Cormack is attracted by the iPhone as a platform because it can carry larger games than most other mobiles.

"The iPhone, as a device, is in the same generation power-wise as the PS2 or Xbox," he said. "The graphics are a little lower but the RAM is a lot higher. … You could easily spend $10 million on an iPhone game, but the market just can’t support that yet."

The report suggests that while the company missed the iPhone launch, it hopes to reach the platform soon.