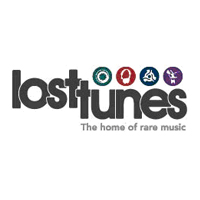 Universal Music has launched a service to compete with iTunes, called Lost Tunes, which is available now in the UK.

Naturally, Universal isn’t presenting the service as an iTunes threat, and, to be fair, its focus isn’t on selling music to everybody. Instead, the new Universal service offers extremely rare single and album tracks from the labels extensive music back catalogue – better still, songs are being sold in MP3 format at a (relatively) impressive 320kbps – so high quality, near lossless audio downloads of tracks you just can’t find elsewhere. And all tracks work on any platform, and nearly all devices.

Azi Eftekhari, Head of Digital and Media for Universal Music Catalogue told <a href="http://distorted-loop.com/2008/07/30/universal-stabs-itunes-launches-lost-tunes/" target="_blank">Distorted Loop</a>: “We wanted Lost Tunes to replicate the experience of going to a favourite local record shop where browsing and discovering music is a real pleasure and an adventure.  We only include music that we love.”

The service launches with such rarities as the Walker Brothers’ ‘Live In Japan’, three albums by the hugely acclaimed Comsat Angels, Bill Fay’s eponymous album, UK blues Nine Below Zero, Mellow Candle and Oriental Sunshine. A further 500 exclusive download albums are scheduled for addition to the store in the coming six months, including never-before-released material from the Trojan, Fiction and Decca archives. Lost Tunes is powered by UK operator and Apple competitor, 7 Digital. International versions of the site will launch in the coming months.