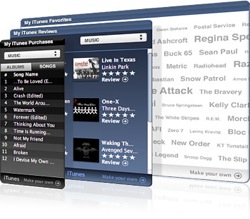 Apple continues to feel the pinch in digital music, with competitors closing in on all sides – and this week has seen multiple examples of the heat slowly turning up on the iPod manufacturer.

The stakes are high: Apple holds 70 per cent of the US MP3 player market with its iPod range. We believe Cupertino plans to upgrade its digital music players within weeks.

One band that may not appear at the new iPod launch this time around may be U2. The only band to have had an official iPod model made in its honour has now dropped the DRM from its music catalogue – but only through Real’s Rhapsody service – a snub to iTunes.

One high-profile competitor already appears in two minds at taking on Apple in this market, Dell, which this week moved to diminish reports claiming it plans the release of its own MP3 player to compete with the iPod.

A Dell spokesmen would only admit that while an MP3 player was under consideration, no decision has been made: "We have not announced that we are going to be selling an MP3 player," the spokesman said.

Universal’s announcement of its LostTunes service this week is also clearly a move into Apple. The website itself declares the songs it sells to be "double the quality of iTunes". In case you missed it, LostTunes is a Universal Music-owned service offering rare music in MP3 format, free of DRM at 320kbps (better quality than iTunes).

Universal is looking to offer its catalogue DRM-free to services such as Amazon MP3 in the US, and is likely to extend this to other services in Europe. Universal now clearly accepts that provision of DRM-free, high-quality music downloads is a winning proposition for online sales.

But for all the DRM-free deals emerging from Universal, the company remains cool on Apple.

This has prompted Jupiter Research analyst, Mark Mulligan, to say: "“The major record labels cannot continue to treat DRM-free as a tactical experiment and must recognize it as the strategic necessity it really is.”

Later revelation that NBC Universal has reached a deal with Microsoft to stream coverage from the Beijing Olympics adds further fuel to the corporation’s anti-Apple zeal.

Also this last few days it emerged that T-Mobile will challenge iTunes with its own video-on-demand service for full length video, including film, available in the UK.

Finally, Apple, Real Networks and Amazon are all competing to provide the infrastructure for the soon to launch and presumably set to be lucrative MySpace Music store, a report claims.