Get ready for the iPhone nano 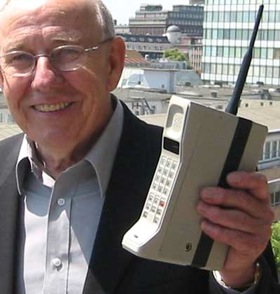 True or false, this year or next, whatever – the rumoured iPhone nano story just won’t go away, and now it looks like at least one third party developer’s working away at products custom-built for such a device.

The Daily Mail this week broke news that Apple plans to introduce a smaller, less well-featured iPhone nano, proposing this would appear in time for Christmas and would be made available to O2’s pay-as-you-go customers.

Naturally, a chorus of derision met this report, with Apple watchers rejecting the whole notion of such a plan – ‘why would Apple want to cannibalise iPhone 3G sales?’, they asked?

Perhaps because with a billion handset per year mobile industry, there’s space for many different configurations of device. Just how many different models of Nokia phone exist, for example?

Clearly, in order to fully penetrate the mobile phone market, Apple needs to rush to diversify its available products, before the iPod halo begins to fade, as that particular arm of its business operations begins to slow down.

Widely quoted as dismissing the iPhone nano claims, Lehman Brothers analyst Ben Reitzes explained that while he believes Apple is working on a lower-end iPhone form factor, he didn’t think it would arrive until Spring 2009. Well, what’s a few months delay? The results the same; Apple plans to diversify its range.

Does it really make sense for Apple to delay such diversification? There’s looming economic doom, a credit crunch, and a wave of competing products (many of which look a little like iPhones in a desperately dull repetition of imitation and flattery) all heading to ship at Christmas.

What’s the best way to bite competition? Undercut on price, innovate on features, surprise in execution (and plant a few rumours to keep competitors guessing.)

Latest evidence to emerge now claims accessory maker, Digital Lifestyle Outfitters (DLO), has been working on a nano-styled iPhone dock since 2006…they even have a patent for it…

The iPhone nano is going to happen. The only questions are when it will appear, what it will offer, what shape it will be, and what it will be called. And in any case, we’re expecting at least one nano-natured MultiTouch device to appear pretty soon, the iPod nano touch (or touch mini, or whatever the product marketing teams decide to call it).