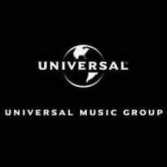 Universal Music appears to have another string in its series of plans to create alternatives to iTunes, now planning a free, ads-funded streaming music service called Total Music.

Total Music was Universal Music Group’s move to work with other major labels in order to offer bundled music subscriptions with MP3 players, with payment for access included in the cost of the device.

The plan fell foul of the US Department of Justice, and was quietly put into mothballs (it seems) in order to stave off an anti-trust investigation.

Now, TechCrunch reports the idea has been re-jigged as the ads-funded music streaming service described – and in order to prevent more regulatory investigation, the service will be made available as a warehouse-type service, meaning website owners will be able to sign-up to implement it on their own websites.

A recent job ad for the service states: "TotalMusic, LLC is a new digital music platform offering the integration of music discovery, streaming and downloads into a wide variety of online and mobile environments. We have solid financial backing and a staff with decades of combined experience in online music."

Whether the service will gain any traction is debatable, as MySpace, Nokia and Sky/Universal all have similar services planned, and Last.fm has the ground fairly well-covered already.

TechCrunch also notes: "Since there are only four major music labels, anything that smacks of price-fixing or collusion will be torn down by the Justice Department. The labels need to be very careful about this."

Other recent Universal Music moves include the introduction of its high-quality, DRM-free, UK-only LostTunes service and its move to partner with Sky in offering new subscription services.