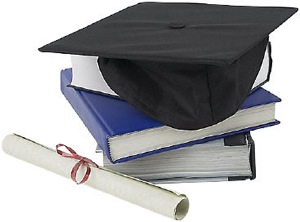 Mac purchases in the education sector remain a major Apple growth story on an international basis, with more Macs showing up in classrooms.

The company is continuing a fight-back which began in 1999, when Dell surpassed Apple in the US education market for the first time.

Apple finally pressed pass the competing PC firm on the basis of laptop sales in the first quarter of this year, as then confirmed by COO Tim Cook.

Apple remains number two to Dell in the US education market overall, because of Dell’s strength in desktop PCs – Dell had 38.4% of the overall market to Apple’s 22.8% in Q1.

But Apple’s gains seem set to continue. A spring survey of college students planning to buy notebook PCs this year, 43% said they were looking to get Apple laptops. It was far and away the No. 1 brand, with almost twice the response rate of No. 2 vendor Dell, which got 22%.

Apple has been consistently outpacing the overall PC market – Mac unit sales rose 41% year-over-year compared with the industry rate of 15.3% in the three months ended June.

News remains strong in Europe, where Gartner stats for the second calendar quarter of 2008 claim Apple to be the number one PC manufacturer in the education segment across Europe, a position held for eight successive quarters. In fact, Apple sold 19.2 per cent of all CPU’s sold in the sector – including servers.

Apple continues to broaden its grip on European education computer sales, Gartner confirmed today. According to the … 2008, Apple remains the number one PC manufacturer in the education segment across Europe, a position its held for eight successive

Now, it seems, Apple is preparing to shake things up even more, with analysts across the board echoing Needham’s analyst, Charles Wolf, who recently suggested Apple will introduce Macs at much lower prices than before, in order to secure further marketshare and answer calls for cheaper machines as the recession begins to take hold.