QuickTime chip speculation off the block? 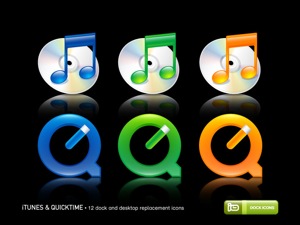 Apple’s research and development teams are certainly considering ways in which they can engage the processor design expertise recently bought in-house on strength of the PA Semi purchase.

“PA Semi is going to do system-on-chips for iPhones and iPods,” Apple CEO Steve Jobs told the New York Times in June – but the Apple rumpur machine has already moved into overdrive, with the most recent speculation claiming the company’s boffins are now looking to develop a small processor that would be capable of QuickTime encoding and decoding.

Now, we’re not at all utterly convinced that the source of this new wave of speculation (Alley Insider) has got the whole picture here – sure, we can imagine such a processor could be invaluable across many of the company’s non-Mac products (Apple TV, people), so we suspect there’s more underneath the tip of this iceberg. But the iceberg likely doesn’t include any plans to leave the tender processor supplying arms of Intel, not so soon after the transition to chips from that company.

Given Apple’s admitted work on Open Computing Language (OpenCL), which lets any application tap into the vast gigaflops of GPU computing power previously available only to graphics applications, there’s clearly more of a use for a QuickTime-decoding chip than the obvlous graphics implementations.

Within discussion of the rumoured encoding tech, it is important to consider the sheer importance of QuickTime technology within the Mac platform. Windows users may see it as the backbone for their iPod and iTunes, but on the Mac, QuickTIme does the heavy lifting for multiple applications. These include system-specific processes in Core Image or Core Video, but also includes work as the underlying engine for Final Cut Pro, for example. That QuickTime’s possibly receiving a few r&d dollars is no bad thing.

The purported QuickTime chip could therefore deliver significant performance increases for low-powered Macs, particularly once implemented in Snow Leopard. It could deliver significant improvements to professional video authors, and may even make it much easier to migrate content between different platforms – Mac to iPod to iPhone to Apple TV, for example.

Alley Insider suggests the new processor could well be part of Apple’s much speculated upon product transition (the one in which Apple will release new Macs, iPods, iPhone nanos, Apple TV devices and cure world hunger, that one, set for September, allegedly…).

Citing a tipster the report states: "I happen to know that the product transition referred to in Apple’s recent conference call was referring to QuickTime encoding/decoding chips built into their products."

To be fair, Alley Insider then dismisses that claim as pure speculation. We think it likely Apple is looking to improve multimedia performance on its products, and suspect these claims may hint at a variety of chip-based implementations designed to lend Macs and other Apple systems a strategic advantage in an increasingly multimedia-focused market. The months in advance of Snow Leopard will be full of consolidation and development to improve and expand the facility of the Mac platform, this QuickTime chip could play a part (or could just be idle gossip, designed to help fill column inches on a slow news day).