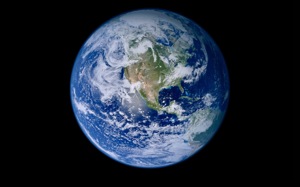 Analyst Gene Munster at Piper Jaffray believes Apple’s selling 95 iPhone 3Gs in each of its 188 Apple retail stores every day, four times the sales momentum achieved by the previous model one year ago. That analyst now predicts Apple will sell "at least 4.47 million iPhones" in the current quarter.

Munster mentioned that sales momentum has slowed slightly in recent days – but Apple revealed a deal with Best Buy under which the giant chain will also lend its retail weight to iPhone sales. Will this keep them high?

The analysts at Lehman Brothers think it will. There, analyst Ben Reitzes said the move to offer iPhone through Best Buy is likely to see Apple hugely surpass previous sales predictions.

Apple’s iPhone sales may take a 0.2 million boost, though, should HSBC bank follow-up on its recently revealed plot to possibly deploy iPhones across its international staff.

And, with iPhone sales growth continuing to propel interest in the smartphone market, its extremely likely any move by HSBC to take on the Apple mobile will shake main competitor in the category, RIM, and will also attract more corporate sales.

In a final flourish, Apple’s constant iTunes expansion continues, with film and television shows now made available in both the Australian and New Zealand markets, and storefronts open or opening in all iPhone territories, Apple clearly has more leverage to use to massage any weakness in sales.

In related news, Apple’s iTunes team is involved in a new syndicated US radio show, which will likely make its music and entertainment brand ubiquitous, even among non-tech-savvy radio listeners…

This story goes on.