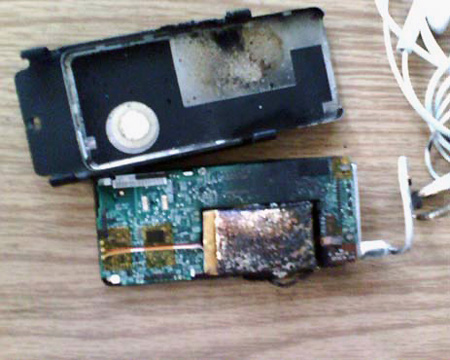 OK, we gave Consumerist guy a bit of sass when he said his iPod Nano blew up and almost burned his neighborhood down.  Turns out he might have had something there.  Apple today admitted that a very small percentage of Gen 1 nanos might have a defective battery:

"Apple has determined that in very rare cases batteries in first generation iPod nanos sold between September 2005 and December 2006 can overheat causing failure and deformation of the iPod nano. Apple has received very few reports of such incidents (less than 0.001 percent of first generation iPod nano units), which have been traced back to a single battery supplier. There have been no reports of serious injuries or property damage, and no reports of incidents for any other iPod nano model.

We wonder if they will give out the rainbow Nanos as replacement?