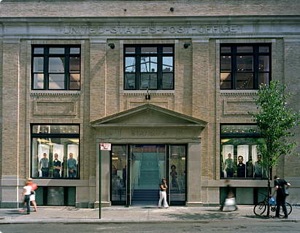 One of Apple’s most important New York retail stores has a new problem – annoyed neighbours.

It appears some local businesses and residents around the neighborhood of the New York SoHo Apple Store are annoyed at the ever-increasing crowds the store attracts – and the recent live performance by the Jonas Brothers was the final straw, angry neighbours moan (where we were unfortunately live on the scene).

It gets worse: A lower Manhattan residents’ group has lodged a lengthy complaint against the store, moaning about loud parties, loitering crowds and "late-night disturbances".

They’re angry about the store that’s situated on the corner of Greene and Prince Streets in Manhattan’s poshest shopping zone.

"Since the Apple SoHo store moved in six years ago, it has become the worst neighbour in SoHo," wrote SoHo Alliance director Sean Sweeney. "No bar, nightclub or construction site comes close to ruining continually our quality-of-life like Apple SoHo has," he complains.

Oh – and the Jonas Brothers, apparently, "attracted thousands of young teenage girls who screamed incessantly on the street for hours for their idols, blocking traffic, injuring one resident in the crush, and inconveniencing scores of other people and businesses," he wrote in the letter, sent to city and state officials and Apple management.

We particularly like the complaint to the effect that crowds sometimes even camp out overnight on public sidewalks, giving SoHo the "appearance of a homeless encampment".

A classic example, at the end of the day, of the NIMBY (Not In My Back Yard) type in full effect.