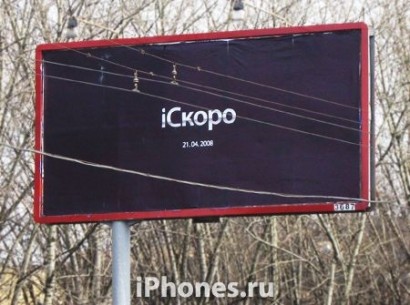 Apple has reached a deal to sell the iPhone in Russia, with sales set to begin in October, Reuters explains.

The company has signed up Mobile TeleSystems  (MTS), Russia’s largest mobile phone carrier, as a partner for bringing the iPhone 3G into the country.

Russia already has a huge and burgeoning market for unlocked iPhones, with the leading lights and trend-setters there already prepared to pay huge sums to have the device.

Citing sources, Reuters informs: ""MTS has made an agreement with Apple on the sale of i-Phones," the source said. "Sales are likely to begin in October.""

Neither Apple nor MTS would comment on these claims, when approached by Reuters.

The news follows claims earlier this week that VimpelCom, Russia’s second-largest mobile-phone company, and MegaFon, the third, may soon also sign deals to start selling iPhones. We’re not clear yet if this means all three companies were competing for this, or if Apple plans a blanket strategy for the country.