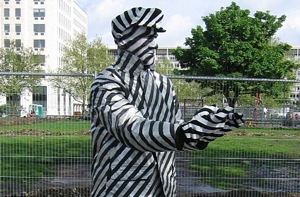 Orange has denied widespread reports it hired actors to queue outside of its stores in Poland on last Friday’s iPhone launch.

Controversy began last week when a news report – citing an unnamed Orange employee – said that the firm was paying people to stand outside of its stores. The story struck a nerve, with widespread reporting all over the internet.

The story wasn’t true, Orange told AdAge.com, which reports the official rebuttal as follows: "As part of the excitement around the launch of the iPhone, some of our team have been joining customers outside our shops. Their aim is to welcome people to the Orange shop, share in their excitement and give information about Orange tariffs."

The Orange spokesperson also revealed, "[iPhone] sales are strong and we are happy."

Whether Orange’s denial will be as widely-reported as the original claim remains open to question.