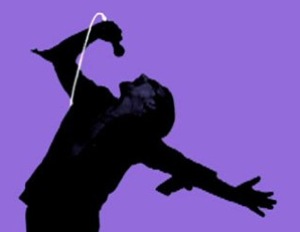 Digital media is coming of age, and as it does a host of distinct, niche-based services are emerging focused on distinctive markets. And while these services may take some customers away from Apple’s iTunes, they clearly owe a debt to Cupertino.

Today’s big news comes from the BBC, whose BBC Worldwide arm has elected to launch its own ad-supported online music service, offering a huge collection of original BBC audio and video recordings.

BBC Worldwide plans to begin testing the new service in November, and has its eyes on a January launch of the new service, which will offer music fans a range of items, from Old Grey Whistle Test recordings to Glastonbury Festival highlights – and the huge and historically important collection will be made available for free streaming online, a report claims.

The material will also be made available DRM-free at prices based on those charged by iTunes, with the broadcaster hoping to offer a huge host of material in future. The BBC already works with Apple’s service, recently making hit comedy series, ‘The Young Ones’ available for sale through the service.

In the red corner, Universal Music UK, the company behind LostTunes and a few other clearly anti-Apple moves, has introduced its latest offering, this time a new soundtracks download store, called TheMusicFrom. This store offers soundtracks from over 200 Universal movies, sold DRM-free.

Despite imminent recession, the Apple-inspired tsumani in digital distribution seems set to continue, with recent research from StrategyEye suggesting that the sector will continue to grow, despite any future recession.

78% of broadcasters believe that their long term revenues will be affected positively by audience migration to online sites – "so we can expect much more from the BBC, Project Kangaroo, NBC et al. – and iTunes TV show sales seem set to grow into a valuable part of the overall matrix," a report explains.

Growth in online advertising and a focus on social networks also seems likely to become ever more important in the future development of the industry, which will also see increasing focus on mobile devices a la iPhone and device ubiquity, as seen in iPlayer.

The former feature is one of the many additions being bandied around for iTunes, which many industry-watchers expect will see a major update next month. While there’s nothing written in stone until Apple announces it, some reports predict the digital media service will finally offer some form of social networking between users (designed to boost film, app and music sales), as well as a much-discussed iTunes subscription service.