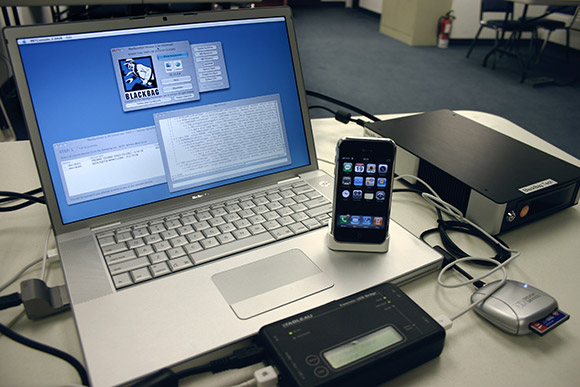 The iPhone tether issue keeps coming in and out of conversation.  First, rumors said that it would be added to the 3G iPhone, then it never came.  Then Nullriver released Netshare for a day before it was taken off (it is a pain in the backside btw but works for emergencies).   Now someone says they have word that there are talks between Apple and AT&T on this.

Some screenshots would be nice (especially with header information), but apparantly a Gizmodo reader got a message from Stevo’s iPhone saying the following:

AT&T offers data plans for BlackBerry that include tethering for an additional $30 per month (a total of $60 per month for the BlackBerry+tethering plan).

It seems ludicrous that the same thing is not offered with the iPhone. I understand the desire to prevent tethering with the current data plan, but I am willing to pay more money to allow tethering! With such an advanced device, why can I not do so?

From "Steve" to their reader:

We agree, and are discussing it with ATT.

Sent from my iPhone

So take it for its worth…

…the email could have easily been made up or said something like "rocket powered tablet".  Going forward, can we get a little more info?