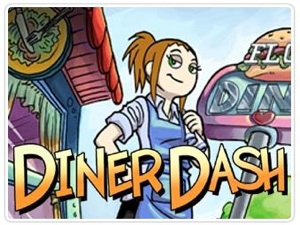 Apple has generated a wave of change across the mobile industry – and that change is helping games developers stake space in the wider mobile market.

Diner Dash publisher PlayFirst says the market is finally moving to favour games developers – and says its Apple and the iPhone App Store that has generated the sea change in attitude.

Speaking on the release of Diner Dash for the iPhone, PlayFirst co-founder and CEO, John Welch, said: "Apple has effected profound market change with the App Store, enabling developers to unleash their creativity directly to a global market for the first time without ‘permission’ from the mobile carriers."

Describing the moment as the opportunity all mobile application developers have been hoping for, Welch promised to deliver more titles to the Apple platform. Company co-founder, Brad Edelman, remarked, "The iPhone and iPod touch are breakthrough devices with advanced capabilities that enable us to create truly compelling gaming experiences."

Apple’s iPhone as a gaming platform seems to be a fait accompli now, with games developers across the board moving to embrace the Apple platform (which also includes the iPod touch)… Microsoft yesterday confirmed it had some interest in developing for the platform, while the Chinese developers  of MMORPG game, Anrufen Online, have also confirmed themselves to be developing for the device.

There’s a lot to struggle for – as we reported early last month, there’s a good income to be had from iPhone application development. We reported on one part time developer who – at peak moments following launch of their application – saw downloads generating almost $2,000 per day…gold rush territory, we think.