HP getting desperate on Vista, wants to compete with Apple? 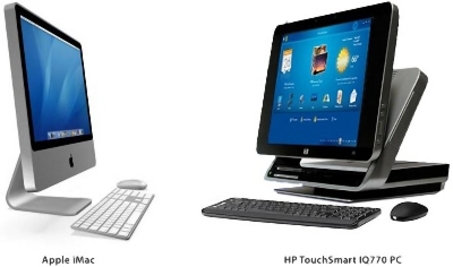 HP is tired of Vista hatred hurting its sales.  Actually, it isn’t just tired, it is doing something about it.   According to Businessweek, HP is doing an end around of Windows by inventing its own OS.  According to their sources, HP is basing the  simpler OS on Linux:

Still, the sources say employees in HP’s PC division are exploring the possibility of building a mass-market operating system. HP’s software would be based on Linux, the open-source operating system that is already widely available, but it would be simpler and easier for mainstream users, the sources say. The goal may be to make HP less dependent on Windows and to strengthen HP’s hand against Apple, which has gained market share in recent years by offering easy-to-use computers with its own operating system.

All HP is admitting to now is that they have a few guys working on some tools that work outside of Vista.  Businessweek doesn’t buy it.  They contend:

At HP, there are competitive issues driving its software effort. One person who has advised HP executives on strategy says they are concerned that Apple could develop a notebook computer that would sell for less than $1,000. That’s a fast-growing market HP depends on for sales where Apple has yet to compete. "Apple is a huge motivating factor," says the source.