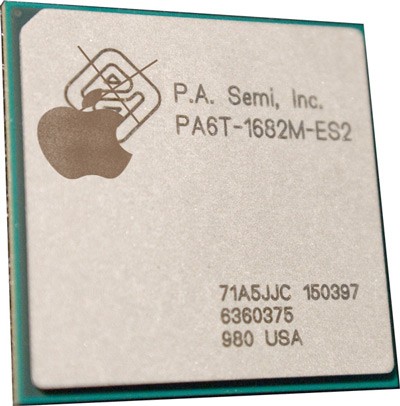 While this isn’t really new (Steve Jobs mentioned this awhile back when questioned about the purchase of P.A. Semi), Apple really is crafting a next-generation processor to power up a future model iPhone and we’d assume iPod Touches.   One of the engineers involved in the project has revealed as much in a post on LinkedIn, the popular business Social networking site.

As seen by the New York Times (via MacRumors), Wei-han Lien, the senior manager of Apple’s chip team revealed his work in developing an ARM-based processor for the iPhone in a post on his LinkedIn profile. This post reveals he is the man currently charged to manage the ARM CPU architecture team for the iPhone.

Apple acquired PA Semi, a global leader in processor design, in June, and when it did the company also acquired the services of Wei-han Lien. ‘Course, we already knew the PA Semi was purchased at least in part in order to develop a world-class unique proprietary processor for Apple’s mobile device. Apple CEO Steve Jobs went so far as to say the acquisition took place precisely in order that the PA Semi team should focus on this. What is news here is that it confirms the processor will be based on the ARM architecture, which is a natural progression as all the take-down analysis stuff confirms it’s ARM, rather than Intel, which sits inside the Apple device, with those chips made by Samsung, allegedly.

While Apple faces some risks in attempting to manufacture its own processor – what if it hits a development road block it is unable to surmount? What is clear is that the company has acquired itself a world class team to help in the development, and that the company’s move will ensure the iPhone as a platform will always possess unique advantages unavailable to competitors in the smartphone space. And, of course, will enable Apple to create an ecosystem so tightly connected to the processor, competing firms – who lack the chip design skills of Apple – will be unable to compete with.