Apple's 'Made for iPod' branding broken in new iPod refresh 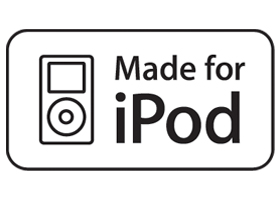 Apple’s all-new iPod range may have rained down upon the planet in a wave of Apple-inspired glory, but members of the ‘Made For iPod’ consortia may well feel a little like the jilted parties who signed-up to Microsoft’s ‘Plays for Sure’ deal, (which didn’t)…

What’s happened is that the new iPod touch and iPod nano models – fine though they are – are sadly incompatible with some iPod peripherals. What’s worse is that the feature manifests itself in the form of many older iPod gadgets being unable to re-charge your Apple music player.

And the devices these new iPods aren’t compatible with aren’t your common old garden $10 cases and odd little leads – these are expensive systems, such as the Numark iDJ (first edition), some extremely expensive speaker systems (better than the iPod hifi, thank you), in-car iPod recharging devices, including the phenomenally popular Griffin iTrip and more….

Attempting to use these devices renders an erropr message on the iPod screen – a message which warns, "Charging is not supported with this accessory". In the case of the iTrip, it isn’t just charging that fails – all you’ll hear is static.

All this is compunded as there’s no warning anywhere on Apple’s packaging that there have been any changes in the way it has wired its gadgets up. The result though is that many iPod owners who have spent hundreds of dollars on iPod accessories may well feel frustrated at the move….

Particularly as the majority of the accessories described here proudly carried the ‘Made for iPod’ logo, a scheme Apple demands generous royalty payments from manufacturers in exchange for the right to put the brand on their packaging. A scheme Apple administers, a scheme which Apple has full knowledge of – and a scheme partners in which Apple should have informed if devices already sold under the marque were about to become utterly useless with an iPod ‘refresh’.

We don’t have a complete list of affected gadgets, but given the strength of the iPod economy, this particular Apple move is guaranteed to annoy a lot of loyal iPod users, particularly as no explanation as to the reason for the changed mechanics of the new iPods and their charging routines has been given. And it’s not just us who are making these claims – check here.