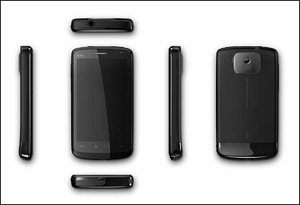 (Update see video of presentation below)

Google is preparing to introduce the first Android-powered mobile phone, putting the new device in competition with the iPhone during the coming Holiday sales market.

The device, Dream, is manufactured by HTC and available exclusively on T-mobile in the UK and to ship in early November. A local UK report predicts the device will be introduced at a New York press conference next Tuesday.

Unlike iPhone, Dream’s expected to carry a slide-out Qwerty keyboard as well as matching the iPhone with 3G and built-in GPS. It’ll also have Chrome inside, so it will run Google applications such as Gmail, Google Docs, Google Maps and so on..much like Mobile Safari.

HTC expects to shop 600,000 to 700,000 of its first Android phone, Dream, this year, a person familiar with the matter told the Wall Street Journal.