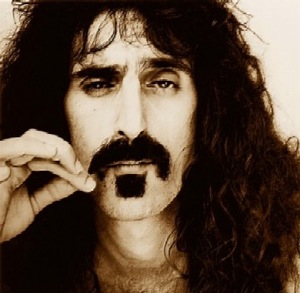 Gail Zappa, the widow of Frank Zappa, is furious with iTunes and other digital music services, complaining the service offers music that is far too compressed – more so than the artist himself ever intended.

"It was Frank’s concept to limit to a format so that it was accurately represented, that being 16-bit technology – CDs. He didn’t want it compressed. So we’re currently in a lawsuit over this issue," she said.

What Zappa’s widow is stressing is that the music her husband made was meant to be heard at a certain quality – compressed, it’s just not the same. "iTunes has been from the get-go massively compressed," she said, "That’s fine perhaps if you’re Britney Spears… but it’s not fine for Frank Zappa’s music, and he was interested in protecting that," she told the LA Times.

Musician Toby Marks (Banco De Gaia) has made similar complaints, saying on digital music compression rates: "I have literally spent my recording career trying to make things sound better. I recently got into 5:1 surround. I absolutely hate the fact that it’s possible to release music at the same quality it was created, yet the market has moved backward to something that’s little better than cassettes."